Ctrtool is a Linux container runtime, similar to Docker and LXC. Ctrtool is actually a set of 14 discrete programs, all combined into a single binary. Using these programs, along with a bit of shell and Python scripting, containers can be created. Ctrtool also includes a few other utilities not directly related to containers, but would be nice to have in a container environment.

Ctrtool was largely inspired by Lizzie Dixon's Linux containers in 500 lines of code blog post, showing that it is possible to create a Linux container with only a few lines of C code (though nothing in ctrtool was derived directly from Lizzie's code). Since then, I have improved on the concept quite extensively, and now ctrtool has become a more mature container runtime that is comparable in quality to Docker and LXC.

For comparison, ctrtool's container launcher has about 1,500 lines of code, and ctrtool has a total of 6,300 lines of code across all 13 programs (including common code used by multiple programs).

Another reason for making ctrtool was because Docker did not offer sufficient functionality to meet our requirements. For example, I can list the following problems that I had with docker when I first used it: 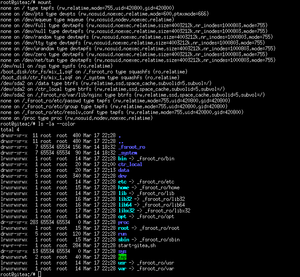 Ctrtool prefers a tmpfs as the root directory, with files on the filesystem provided by symlinks or bind mounts to a read-only squashfs mount. This greatly simplifies setup since the squashfs mount is read-only and can be shared between all containers, whereas other things like mounts to program data and temporary file directories are dynamically generated using the startup scripts. There is no need to use overlayfs or similar, allowing for nested unprivileged containers (as overlayfs does not have FS_USERNS_MOUNT). In other words, the container root filesystem is just another volume! 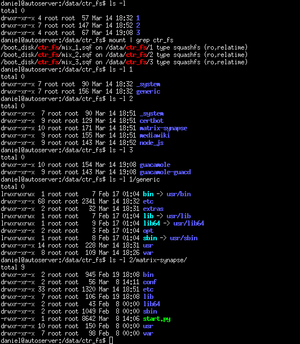 To maximize efficiency, we include multiple rootfs images in one squashfs. When it comes time to actually starting the container, we bind mount the appropriate subdirectory and use that as the root filesystem. In the case of the next image, we bind-mounted the /generic subdirectory from the first squashfs image. Packing multiple rootfs images in one squashfs also has the advantage that duplicate files are removed, which is useful given the fact that many of the Docker images that the rootfs images are made from use the same base images (and thus the files from those base images will be the same). 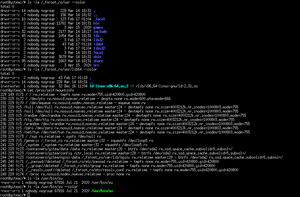 All files in the squashfs are owned root:root (previous image), so as to not lock containers into using a certain predefined UID/GID map. Setuid/setgid bits and file capabilities (setcap) are also stripped, as this would otherwise lead to privilege escalation for processes running outside the container (in the case of a hostile or vulnerable container image). The entire squashfs will appear as nobody:nogroup inside the container (this image), indicating an unmapped user and group ID, but that's fine as we won't be able to write to the rootfs anyway.

Ctrtool follows a UNIX philosophy in the design of its subcommands: make each command do one thing and do it very well.

Ctrtool does not create a container by itself. Rather, it just performs the main steps needed to create a container. The author is mindful that there is no one-size-fits-all container solution, so it allows for external scripts to set up things like the network and the root filesystem (the requirements for these can vary wildly between different containers):